This site uses cookies. By continuing to browse the site, you are agreeing to our use of cookies.

Mtr. David Gailliaert - manager and head of the law firm. We explain who we are at DG-lawoffice 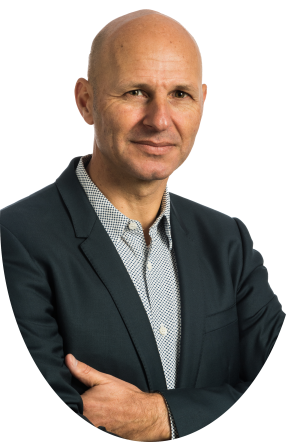 Mtr. David Gailliaert - manager and head of the law firm - was born in Bruges on 31/01/1967 as the son of an English mother and Belgian father.

He studied law at the University of Ghent and graduated in 1990 with a degree in law with honors.

The following academic year he obtained his license in the Harbor and Maritime Sciences from the same university, also with distinction. After completing his military service as legal counsel at the Royal Navy in Zeebrugge (COMOPSNAV), he completed his internship at the Bruges bar, after which he expanded his own office, which later took the form of a sprl. In addition to the secretariat, a number of lawyers are attached to the office as permanent and individual employees.

The firm is active in the legal services and dispute settlement, both in the framework of an amicable settlement and a judicial settlement of the case (partly through arbitration).

In addition to the traditional and general range of services (civil and criminal), the firm specializes in (national and international) maritime and transport law, commercial law and contract law. The basic philosophy of the office is a fast, flexible and efficient service that can offer added value for the clientele, all without excessive 'overhead' costs. We have many corresponding offices, both within and outside the European Union, and can thus perfectly serve you in cross-border disputes.

The office can easily assist you in English, Dutch and French.

The costs and fees are paid according to the usual rates used by the bar and are dependent on the nature, scope and urgency of the treated matter. If desired, we will gladly provide you with an overview.